Cats are people too!

At least mine seem to think they are.

Now, before you start thinking, “oh my gosh, not another old lady with cats,” let me explain that I have only two eleven year old cats, born a month apart. The reason I have two instead of one is that a former coworker managed to talk me into adopting one she had to give up.

The first one is a Siamese named Emily and the second is a Snowshoe named Oliver. Both were low-key, almost no maintenance, and a pleasure to have around — until about two years ago when they started acting like crabby, needy people and have been driving me crazy ever since.

The main reason I like cats in the first place is that they’re so low maintenance. They’re stand-offish, especially Siamese, and they sleep most of the time.  Now that mine are older, though, they’ve become lap cats — and follow me all over the house cats — and meow at me constantly cats — and hair all over the place cats.

Between the two of them, they are my official timekeepers. At about 9:30 every night, Ollie walks up to me, lets out a string of plaintive meows, then heads for the stairs. He does this repeatedly until I turn off all the lights, etc. and follow him up to bed — or throw a coaster at him. (No, I don’t actually try to hit him. I just lob it in his direction to get him to go away and let me read my book for a while longer.) Emily, on the other hand, wakes me up every morning by sitting next to my head and purring — loudly. Who knew purring would make such a good alarm clock!

Okay, enough about cats — except for the pictures, of course … 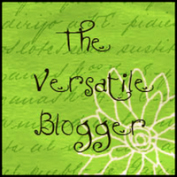